Originally Published on The Last Magazine on November 17, 2015. 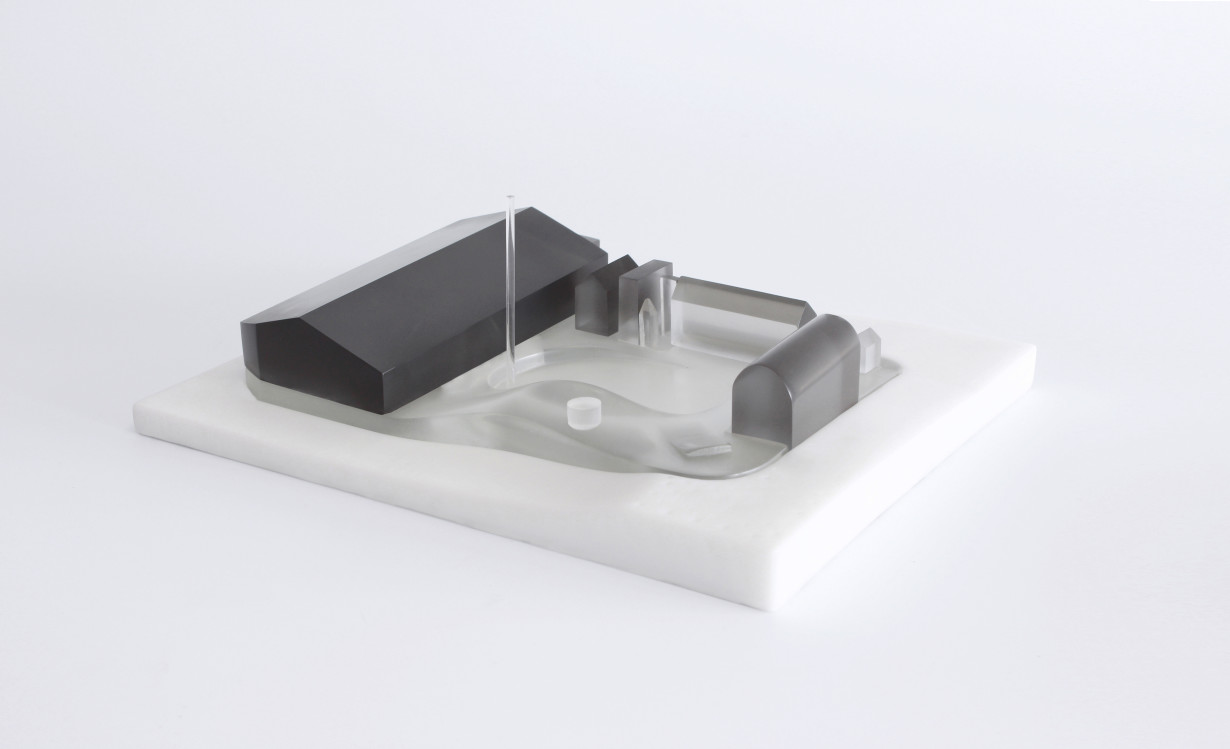 Making models is an architect’s way to create, mold, iterate, and, ultimately, experience space. How does this wall react to sunlight and darkness? Is there balance in my shapes? Is the structure welcoming, sheltering, or intimidating? Can I interpret this form with multiple readings?

Some studios pride themselves on hundreds of messy models. It’s a badge of honor that exclaims, “We have tried every option possible and have come to this final conclusion!” Other firms have in-house workshops where model-making is a refined craft—an obsession to ready their project for a museum collection.

SO-IL is neither. They make models to test specific ideas. They experiment with materials because they are interested in that material’s expression: the translucency of resin, the luster of brass, the refraction of light in glass tubes. These objects of demonstration in the hands of those whose artistry is second nature can become objects of desire, blurring the line between architecture and art.

The SO-IL partners resemble a Benetton ad (the global fashion brand is a former client). Dutchman Florian Idenburg and his wife Jing Liu, a native of China—their last initials form the ‘IL’ part of the firm’s name, with ‘SO’ standing for ‘solid objectives’—founded the practice in 2008 and elevated their first employee, Ilias Papageorgiou, who hails from Greece, to partner in 2013. Two of them were educated in the United States and two of them trained in Japan. They are united in their determined passion to realize projects of any scale that impact our world.

An elegant æsthetic, a deft hand for innovative materials, and a poetic approach to problem solving have made them a critical darling of the contemporary art world. In 2012, two polar opposite structures, one for a major international art fair and the other for a gallery in South Korea, showcased their ability to be lyrically efficient and ruthlessly precious.

In May of that year, Frieze Art Fair New York premiered on Randall’s Island. SO-IL worked with a prefabricated rental structure to cover 225,000 square feet. By inserting pie-shaped tent section wedges between the typical larger-scale tents, they were able to create a fifteen-hundred-foot-long, caterpillar-like structure that meandered along the shoreline. On each end of the form, they extended the roof fabric material in long strips that morphed into an antenna entrance. This playful circus cue made palatable the big business of the art market inside a mammoth tent. A couple months later, on the other side of the world in Seoul, they debuted the Kukje Gallery in the northern part of the city. Amongst small alleyways and courtyard houses, SO-IL developed a single-story, clear-span art space in which circulation and mechanicals were pushed out to the perimeter. To soften the harsh geometric forms that would be jarring in the fabric of this neighborhood, they developed an exquisite chainmail veil. Quietly sexy (if there is such a thing in architecture), the stainless steel mesh generates a moiré pattern capturing and reflecting light. The bespoke engineering of this façade upends the chain-link fence—a pedestrian structure to define boundaries—by recalibrating it into a pliable, shimmering cloak that mutes the gallery building.

These two projects have captured the attention of museum-makers and collectors, resulting in a number of new commissions, including a private art foundation in Hong Kong, an art center on the campus of UC Davis, and a “house” for art and artists in Brooklyn’s new art magnet, Bushwick.

Expected to be completed in 2017, the last project is a new build on a site flanked by industrial warehouses. Code named “Amant,” the brief called for spaces to store, display, and make art. The austere exterior disguises a complex interior that challenges our perception of defined space as contours melt into moments of concavity and convexity. In a Brancusian manner, SO-IL carves out a form—a methodical process that slowly reveals a functional life-size sculpture.

In Bushwick, it’s a process of elimination, while in Meisenthal, France, these architects reverse their attitude and work by a process of addition. The 2015 competition challenge set before SO-IL was to connect three disparate cultural institutions: a glass museum, a glass-art school, and a project space for exhibitions and performances. These buildings were developed over many decades as individual projects, and the uneven topography of this site accentuates their differences, including entrances at varied levels. Their winning proposal mirrors the activity of glass-making (this village has been famous for glass production since the eighteenth century) by substituting the molten liquid for concrete. Poured in situ, the composite paste creates a tapestry that envelops the negative spaces between the once-isolated trio. The undulating and embracing form thus becomes a floor, a ledge, and a roof—a connective tissue that makes this historical site a public space at the town’s center.

SO-IL has always professed that the letters ‘SO,’ or ‘solid objectives,’ are meant to be a state of mind, an instance of potentiality and promise waiting to be fulfilled. The ‘objectives’ are the concepts, while ‘solid’ expresses the intent to turn those ideas into physical form. But as makers of sculptural models that eventually become purposeful buildings, these architects seem more like objective solids, vivid creators bursting with concepts, representing nothing more or less than a state of being.