Design With An Agenda: Julien De Smedt Talks To Karen Wong About His New Product Line

Originally published by Architizer on September 4, 2013.

Julien De Smedt founded JDS Architects in 2006, and his young practice has gone on to build such contemporary icons as Kalvebod Waves, a harbor project in Copenhagen; the Iceberg, a mixed used development situated in Aarhus; and Oslo’s Ski Jump. This week marks the official launch of his new enterprise,Makers With Agendas, a research and development design company. De Smedt cofounded MWA with partner William Ravn. On this launch occasion, De Smedt invited colleague and friend, Karen Wong, Deputy Director of the New Museum in NYC, to discuss MWA’s design intentions and the debut products.

Karen Wong: Acronyms have always been popular with designers—most using their initials to create an identity. Recently, we’ve seen architects rework this template to include a mini-manifesto. You’ve chosen MWA – Makers With Agendas. Is this a generational paradigm shift or earnestness to vocalize a mission? Or maybe smart marketing?

Julien De Smedt: Vocalizing our mission, definitely. And to exemplify the direction in our way of thinking design, removing it from aesthetic concerns and towards societal issues.

Also saying that we’re Makers rather than Designers is very intentional. Firstly, by doing so we’re not limiting ourselves to products and furniture only, which is definitely something we need to be clear about. Secondly, there’s a fundamental difference between the way we work as architects, essentially as consultants to clients who call us for projects, and working as a “maker” as we call it, where we initiate everything we deem interesting and then make it. Whether all this will add up to smart marketing – it’s a bit early to say. But of course being smart is part of the job. 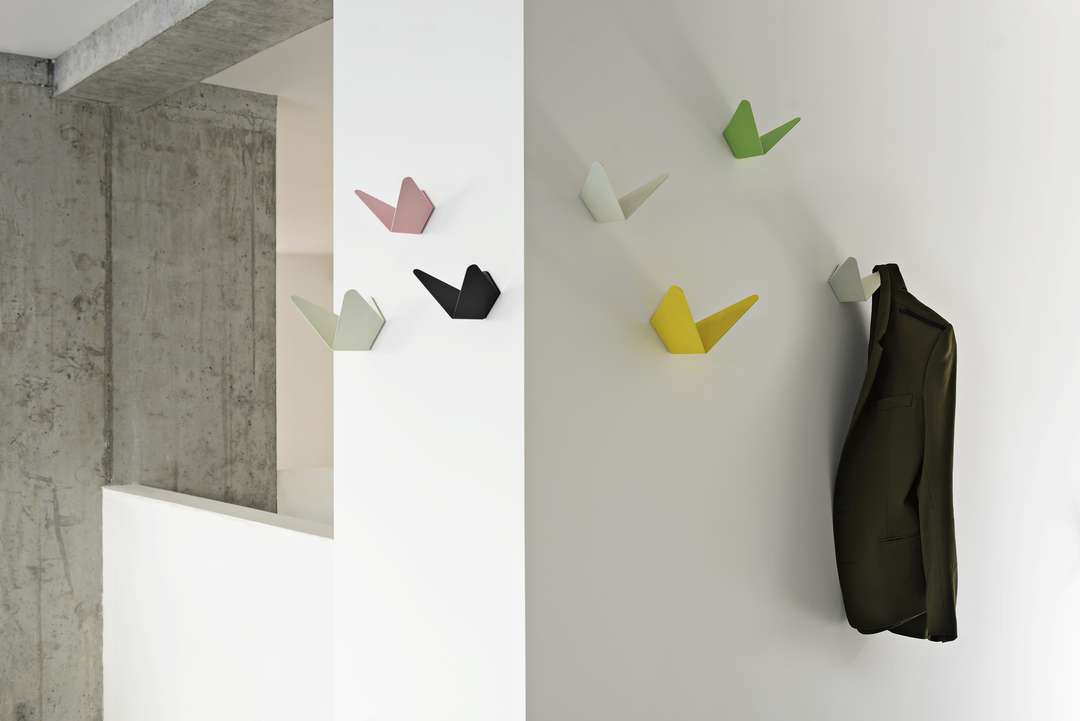 KW: I like the distinctions – architect, designer and maker. Maker culture is very much the plat du jour. We have numerous maker fairs, maker magazines, maker hack-a-thons. Why all this interest in “making” now?

Another thing that is paramount about “making” is that it’s fun. It’s like returning to the moment in childhood when discovering, tasting, touching, and using in a different way (because we didn’t know any better) is part of one single action. It’s about learning by doing, trial and error and innovation.

We do not belong to a design style. We don’t have aesthetic canons to respect or fellow designers to bow to, as we don’t see ourselves as part of those respectable spheres. I think being a maker is very liberating in many ways. We will engage in everything we want to and in nothing we don’t need to. 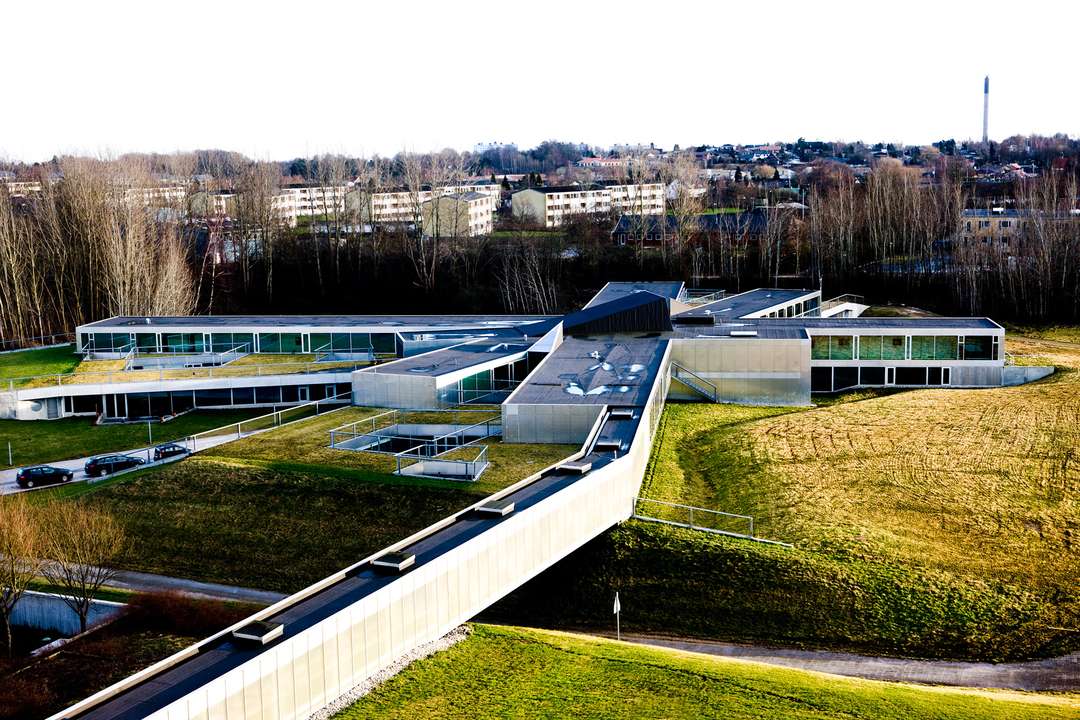 KW: You are currently designing millions of square feet of infrastructure in China, Turkey, Denmark, and France. The MWA projects are a gigantic downshift in scale. Why do you like these projects? Is the design approach and process different from the architectural one?

JDS: If these projects are smaller in scale, they gather a much wider audience. With architecture I get to intervene in a specific place in society, with specific programs in a specific location. The reach is important, and our attitude is definitely similar in trying to always resolve and address more issues than the ones we’re hired for.

But with Makers With Agendas we get to pick the issues we want to tackle; we’re not tied to a limited site or location of reach, and we can truly let our minds and ideas expand. In some way I feel like those projects are in fact a lot bigger. 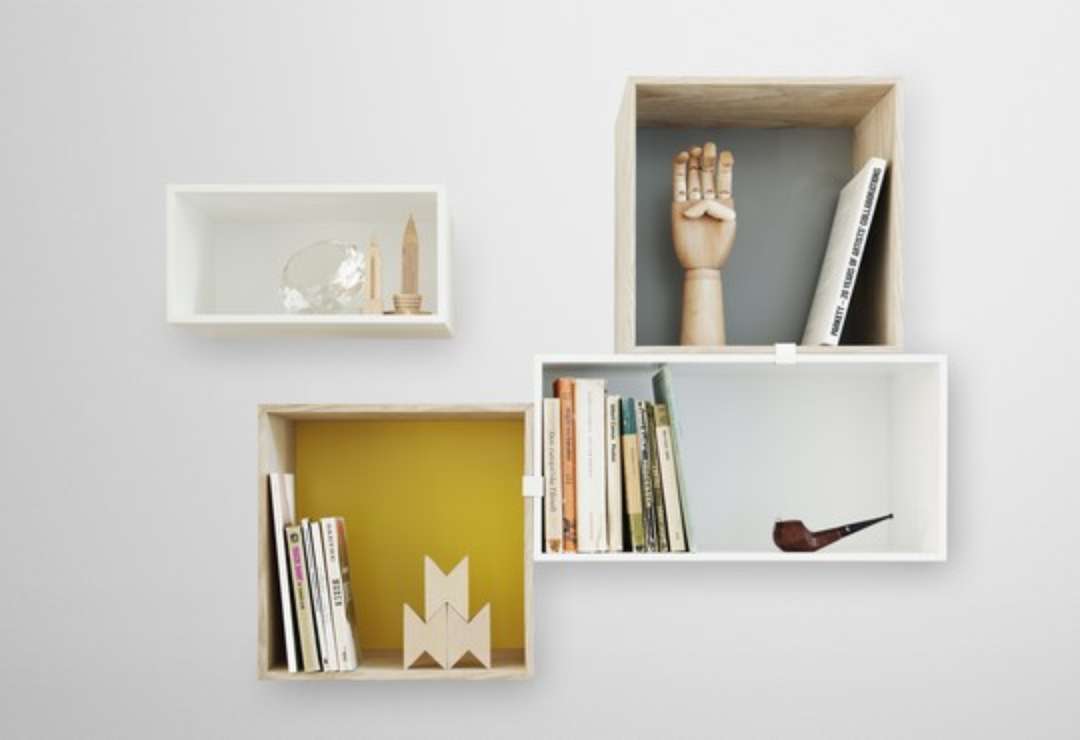 Take the modular shelving system Stacked, which I designed for Muuto. It’s selling hundreds of thousands of units every year with an exponential growth curve. So imagine what relevance we can create if we start injecting agendas to the projects we address.

With Makers, that’s our intention. Our first batch of projects is very domestic. We need to generate a capital to expand our ambitions. We’re entirely self-financed and the stakes are high, so we need to function on a step-by-step formula. The first agenda we’ve addressed is the one of compact design. Accordion is the best student of that class. 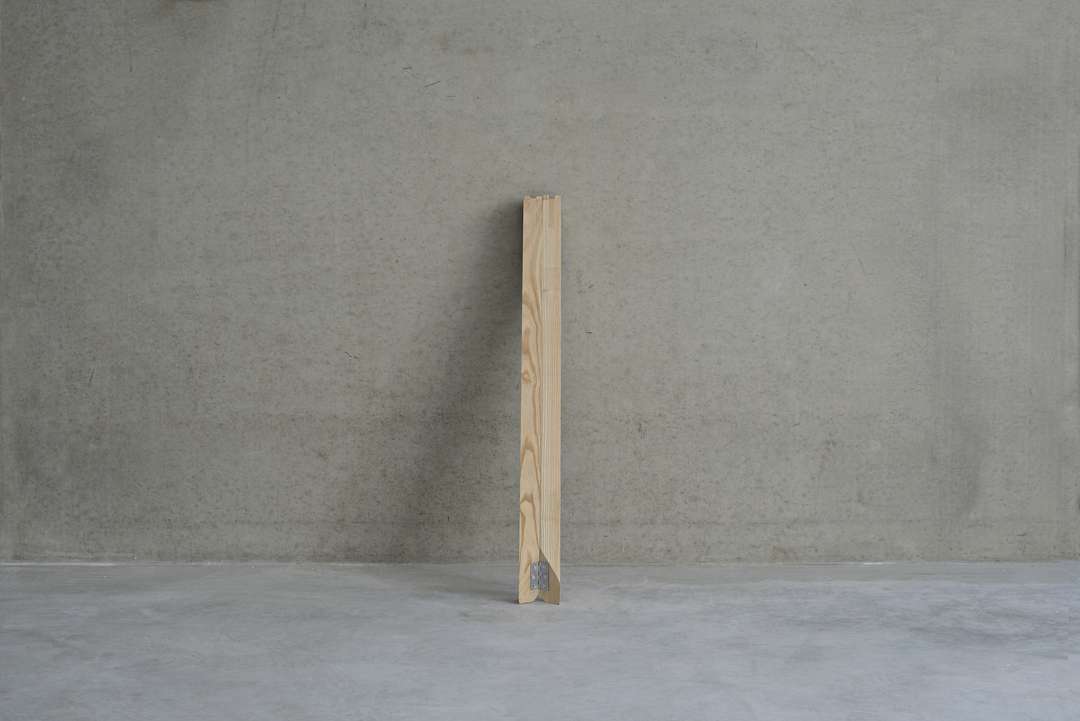 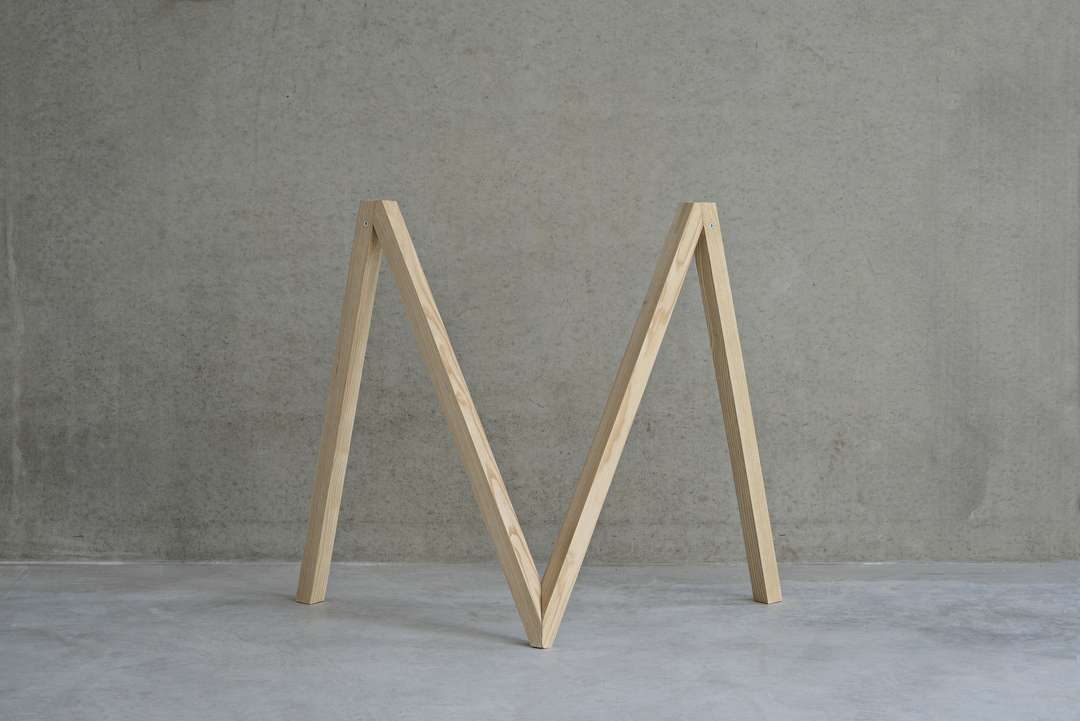 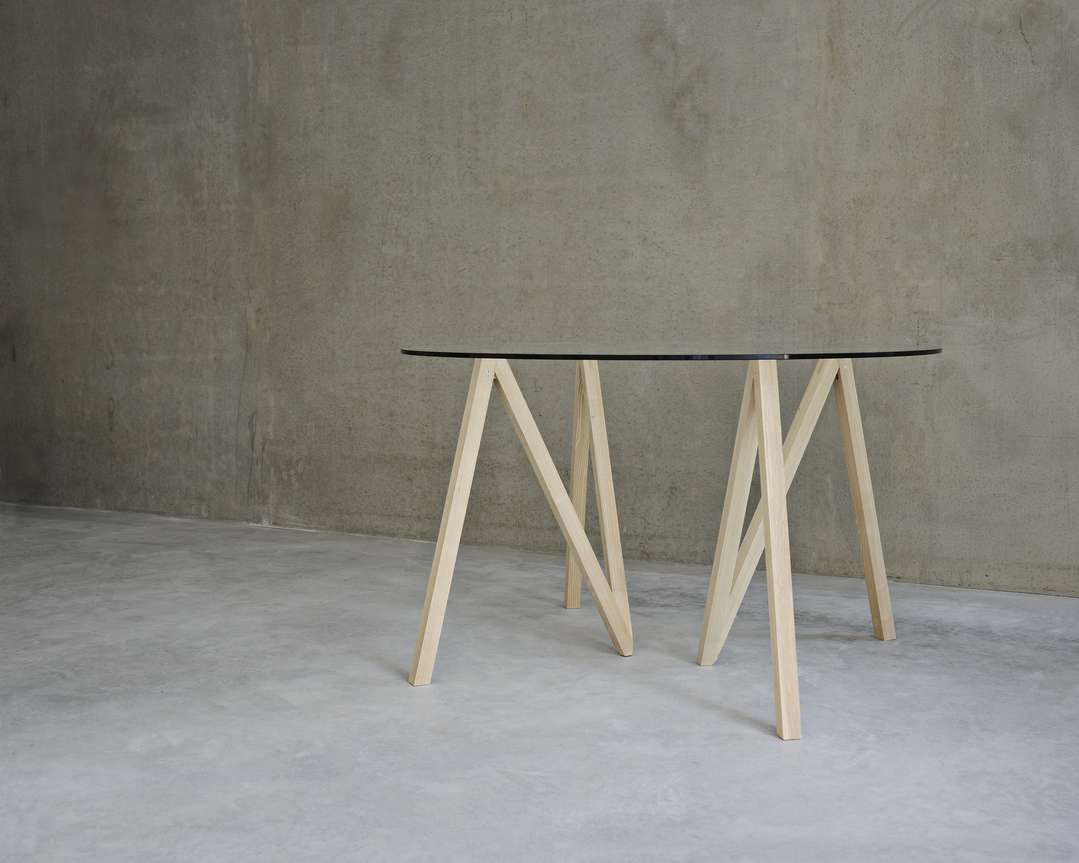 KW: The MWA philosophy is to pursue new design typologies exploring societal issues rather than beauty canons. And yet your designs are beautiful. In particular the Accordion trestle and the T42 tea set.

JDS: I think you and I can agree that we find beauty in ingenuity. The two products you mention are very much along those lines: Accordion is a foldable trestle that collapses into a single stick, making it extremely compact. The motivation here is so rational that the result is unexpected and almost looks irrational: an M shape trestle [would be] hardly imaginable if it wasn’t for its collapsing function.

The T42 tea set is a more poetic product that comes from a simple idea: could we make a product that celebrates the importance of the meeting of two friends by its design? T42 is a tea set for two people, where the two cups embrace the teapot. The act of sharing tea is extended in the act of sharing what appears to be a single object at first. I see beauty in the procession that links a design to an experience.

KW: When you first told me you were going to tackle a tea set I was highly suspicious. Do we really need another architect-designed tea set vanity project? However, T42, for me, is haiku – unexpected, tightly composed and lyrical. Why is the tea set assignment so iconic for architects? How conscious were you about the lineage of tea sets?

JDS: I’m charmed by Kazuyo Sejima’s set for Alessi, maybe because of its simplicity, but mostly because I really like their aesthetic. Not to be bound to a single style doesn’t mean I don’t have an opinion about aesthetics, obviously. This said though, even when I look at that tea set, in its profusion of elements, I feel a little bit overwhelmed. I prefer the pieces individually. So I wonder if that was an unconscious motivation to make my tea set imbricate into itself. I know that consciously I wanted to create the intimacy of two people meeting. But maybe my ideas were guided unconsciously. 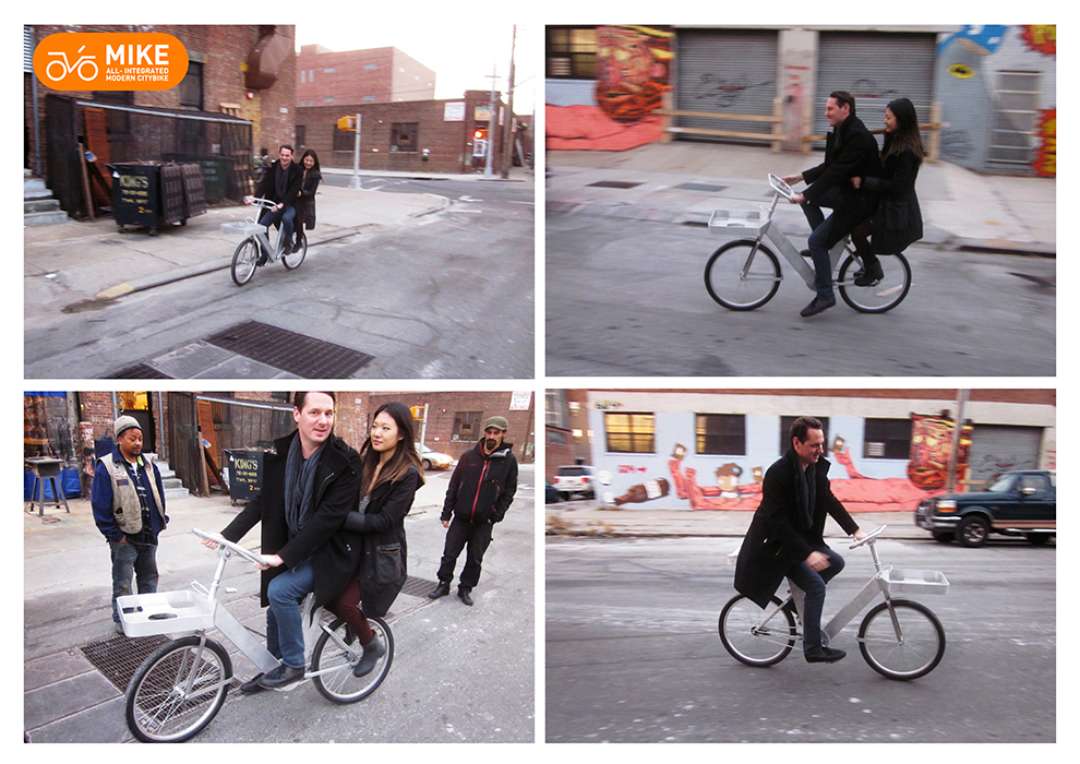 KW: Let’s talk about Mike the Bike! I can check off all the buzz words: integrated design, alternative urban mobility structure, e-bike, gender neutral frame. But why the name Mike – a very male name for a revolutionary design? Why not something that evokes duality?

JDS: I should explain where it came from. We had a bunch of intelligent and conceptual names such as Pulse or Vibe, but in the end it didn’t feel personal enough. And then came Mike. It felt so natural easy and yes a bit masculine but somehow so friendly in an almost cute way.

KW: Ok, I am feeling Mike. Pulse and Vibe sound like sex toys – to be avoided please!

Major US cities are notoriously unfriendly to cyclists and there has been a concerted effort to change that over the last decade. NYC only this year implemented a bike share program. European cities and bike designers have always led the way in innovation in this design field. If I’m correct, you designed this bike during your time in NYC and the prototype was made in Williamsburg. So is this bike an American design or a European design?

JDS: It’s a universal design. It addresses issues of urban mobility that are the same in Europe and in the US. I’ve designed it, and yes I’m European, but it’s obvious that I had New York in mind when this project came about.

I was commuting to New York every second week, and this on top of my European commutes made me realize how difficult it is to get to an airport if you want to avoid using a car or taxi. So it started with the idea of a bike that can transport carry-on luggage sizes, helping the local commute to a train or bus station. Since then the design has acquired some 15 other incredible and integrated features…

KW: Okay, so Mike is a global citizen. In various interviews, you point to your inability to ride a bike with your carry-on luggage to a train station or airport as the impetus to design this bike. Is that where best design starts – when you are frustrated?

JDS: I think it’s definitely a decisive factor. Frustration gears you up to action!

KW: You and 22-year-old wunderkind William Rawn are founders of MWA. What is it about this partnership that excites you?

JDS: William is a true entrepreneur in the sense that he doesn’t focus on the design outcome but rather on the business concept. It’s a crucial part of Makers, and it doesn’t mean that he discards the outcome of our designs: we are both involved in both aspects but with our own focus.

William started his first company at 13 and interned at JDS at 15. I was always fascinated by his drive, his motives and his age. As an architect you’re young at 60. I’ve struggled to make my way through a profession that at first sight only respects grey hair and suits.

I think that the reasons for my success have more to do with daring to really take up the important discussions, and somehow shift the focus away from my (lack of) experience – than just my design skills. I always saw our profession as a place of research, experiments and discoveries, rather than a place where I would impose my signature. With William I feel he has a similar attitude from a business perspective.

KW: Can you tell me about the next series of designs you are working on?

JDS: In the coming months we will address the following topics: education, obesity, mobility, demography, urban safety, human displacement, and food. We will analyze the problematic conditions within those different topics and find design answers. We’re not claiming to be able to resolve the obesity or the education problem in society with a single object, but we believe that by taking design capacity in that direction we might get closer to new solutions and therefore add partial answers through design.

KW: Makers With Agendas. It says you have guts. There is no room for apathy. Bring it on.