“Silver” for the US Pavilion in Venice 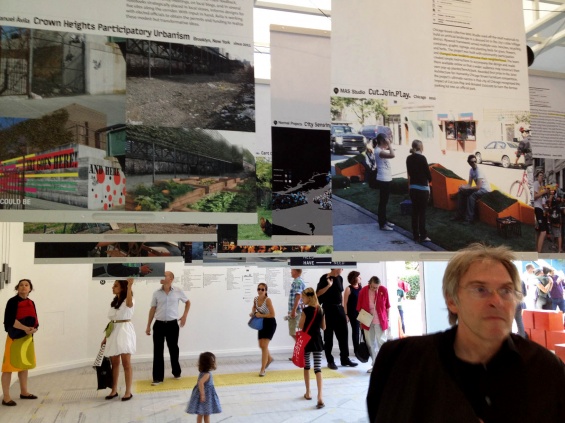 As the London 2012 Olympics came to a close, the tamer 13th Venice Architecture Biennale, curated by English architect David Chipperfield, opened in late August. The various national pavilions jostled each other for the Golden Lion—the award for the presentation that best exemplifies the theme of “Common Ground.”

The coveted prize was awarded to the Japanese, led by cult hero Toyo Ito (who still, shockingly, lacks a Pritzker Prize). His poignant exhibition, “Home for All,” explores the way forward for architecture in the regions devastated by the tsunami.

In a break with tradition, the jury cited three additional pavilions, Poland, Russia, and the United States, for a “Special Mention.”

The state of built architecture in the US could use a jolt (or better yet, a Bolt). Innovative, daring, risky, game changing—sadly, these attributes are not in our lexicon. So the irony is not lost that the commended exhibition, entitled “Spontaneous Interventions,” in the US Pavilion draws inspiration from the bottom up, applying DIY, guerilla, informal tactics for urban revitalization.

Led by commissioner Cathy Lang Ho and her two co-curators David van der Leer and Ned Cramer, the team selected 124 projects that embodied the “lighter, quicker, cheaper” ethos—a rebellion against the decadence and malfeasance of the new century and a survivalist reaction to the lack of resources post-financial crisis of 2008. In the same spirit of lighter, quicker, cheaper, the exhibition designers, Freecell and M-A-D, did a lot with a little. Each project was described on a vinyl banner that hung from the ceiling, creating a festival feeling. When you pulled the banner down like a window shade, a corresponding block on the pavilion’s walls lifted and revealed a one-word tactic that was deployed. The floor became a massive infographic that wasn’t as legible, but I appreciated the gesture of having to look up, down, and to the side (no wonder I still have neck cramps).

There are too many excellent projects to list but if I had to single out one intervention, I would tap Los Angeles-based Ken Mori and Jenny Liang’s “Post Furniture.” WithSignBench and SignChair, they transform traffic signposts into seating for pedestrians as well as drivers, ambitiously suggesting they leave their cars and take a seat on the street to relish the cityscape.

“Spontaneous Interventions” is a brave and timely exhibition. As our presidential election nears, it’s essential to be reminded that the citizen-led movement instigating urban change is flourishing. 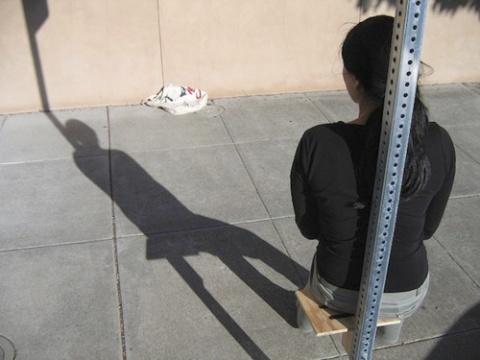